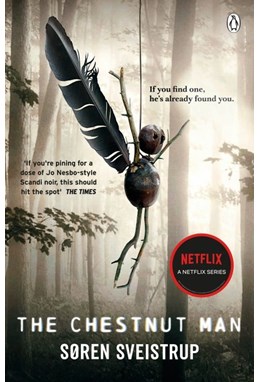 DKK 135.00 inkl. moms
DKK 108.00 ekskl. moms
ISBN:
9781405952286
Sprog:
Engelsk
Indbinding:
Paperback
Sideantal:
512
Forlag:
Penguin Books
Udgivelsesdato:
14-10-2021
Udgivelsesår:
2021
Udgivelsesland:
Storbritannien
BESKRIVELSE:
Soon to be a major Netflix series, the chilling debut novel from the creator and writer of hit TV show The Killing! As the leaves fall, he's coming for you ... One October morning in a quiet suburb, the police make a terrible discovery. A young woman is found brutally murdered with one of her hands missing. Above her hangs a small doll made of chestnuts. Examining the doll, Forensics are shocked to find a fingerprint belonging to a young girl, kidnapped and murdered a year ago. Can a new killer be the key to an old crime? And will his spree be over when winter arrives - or is he only just getting started?
Vores andre websider: