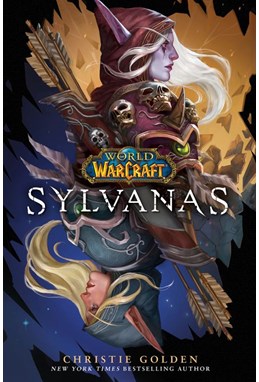 DKK 135.00 inkl. moms
DKK 108.00 ekskl. moms
ISBN:
9781785655036
Sprog:
Engelsk
Indbinding:
Paperback
Sideantal:
496
Forlag:
Titan Books
Udgivelsesdato:
11-04-2022
Udgivelsesår:
2022
Udgivelsesland:
Storbritannien
Serie:
World of Warcraft
BESKRIVELSE:
The epic, long-awaited definitive story of Sylvanas Windrunner, one of World of Warcraft's most enduring and iconic characters. Ranger-General. Banshee Queen. Warchief. Sylvanas Windrunner has borne many titles. To some, she is a hero... to others, a villain. But whether in pursuit of justice, vengeance, or something more, Sylvanas has always sought to control her own destiny. The power to achieve her goals has never been closer, as Sylvanas works alongside the Jailer to liberate all Azeroth from the prison of fate. Her final task? Secure the fealty of their prisoner - King Anduin Wrynn. To succeed, Sylvanas will be forced to reflect on the harrowing path that brought her to the Jailer's side, and reveal her truest self to her greatest rival. Here, Sylvanas' complete story is laid bare. But as her moment of victory draws near, Sylvanas Windrunner will make a choice that may ultimately come to define her. A choice that's hers to make.
Vores andre websider: