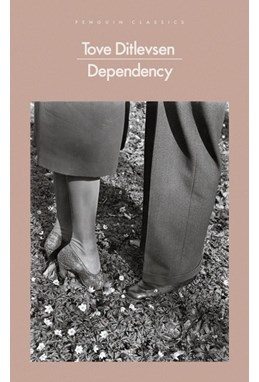 DKK 150.00 inkl. moms
DKK 120.00 ekskl. moms
ISBN:
9780241391747
Sprog:
Engelsk
Indbinding:
Paperback
Sideantal:
160
Forlag:
Penguin Classics
Udgivelsesdato:
05-09-2019
Udgivelsesår:
2019
Udgivelsesland:
Storbritannien
Serienr.:
3
BESKRIVELSE:
The final volume in Ditlevsen's autobiographical trilogy and perhaps her masterpiece, Dependency is a dark and blisteringly honest account of addiction, and the way out! Tove is only twenty, but she's already famous, a published poet and wife of a much older literary editor. Her path in life seems set, but she has no idea of the struggles that lie ahead - love affairs, an unwanted pregnancy, physical pain and crippling opioid addiction. As the years go by, the central tension of Tove's life comes into painful focus: the terrible lure of dependency, in all its forms, and the possibility of living life freely and fearlessly - as an artist on her own terms ... Tove Ditlevsen was born in 1917 in a working-class neighbourhood in Copenhagen. Her first volume of poetry was published when she was in her early twenties, and was followed by many more books, including her three brilliant volumes of memoir, Childhood (1967), Youth (1967) and Dependency (1971). She married four times and struggled with alcohol and drug abuse throughout her adult life until her death by suicide in 1978. Danish title: 'Gift: erindringer'.
Vores andre websider: