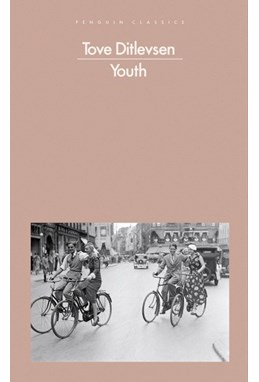 DKK 150.00 inkl. moms
DKK 120.00 ekskl. moms
ISBN:
9780241405550
Sprog:
Engelsk
Indbinding:
Paperback
Sideantal:
224
Forlag:
Penguin Classics
Udgivelsesdato:
05-09-2019
Udgivelsesår:
2019
Udgivelsesland:
Storbritannien
Serienr.:
2
BESKRIVELSE:
The astonishing second volume in Ditlevsen's celebrated autobiographical trilogy! Unable to stay on to high school, Tove starts her first job (which lasts only one day) and soon embarks on a varied and chequered career: as au pair, cleaner, stock-room assistant and office worker. But Tove is hungry, for poetry, for love, for real life to begin. As she navigates exploitative bosses, uninspiring boyfriends and a Nazi landlady, she struggles to keep her poetic vocation in sight - until she finally realizes the 'miracle' that she has always dreamed of. The second volume in Ditlvesen's autobiographical trilogy, Youth is a sensitive, often funny and almost painfully truthful portrayal of adolescence. Tove Ditlevsen was born in 1917 in a working-class neighbourhood in Copenhagen. Her first volume of poetry was published when she was in her early twenties, and was followed by many more books, including her three brilliant volumes of memoir, Childhood (1967), Youth (1967) and Dependency (1971). She married four times and struggled with alcohol and drug abuse throughout her adult life until her death by suicide in 1978. Danish title: 'Erindringer: ungdom'.
Vores andre websider: