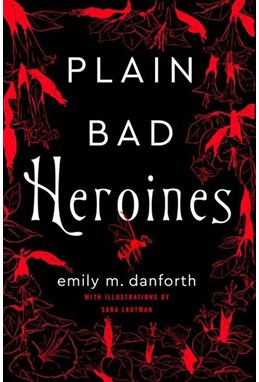 DKK 169.00 inkl. moms
DKK 135.20 ekskl. moms
ISBN:
9780008347208
Sprog:
Engelsk
Indbinding:
Paperback
Sideantal:
640
Forlag:
Borough Press
Udgivelsesdato:
20-10-2020
Udgivelsesår:
2020
Udgivelsesland:
Storbritannien
BESKRIVELSE:
From the author of the highly-acclaimed young adult novel The Miseducation of Cameron Post! - 1902, Brookhants School for Girls: students Flo and Clara are madly in love with each other, as well as completely obsessed with The Story of Mary MacLane, the scandalous debut memoir by 19 year old MacLane. A few months later they are found dead in the woods, after a horrific wasp attack, the book lying next to their intertwined bodies. Within five years the school is closed. But not before three more people die on the property, each in a troubling way. Over a hundred years later, Brookhants opens its doors once more, when a crew of young actresses arrive to film a high-profile movie about the rumoured Brookhants curse. And as past and present become grimly entangled, it's soon impossible to tell quite where the curse leaves off and Hollywood begins... For fans of Sarah Waters, Curtis Sittenfeld and Shirley Jackson, Plain Bad Heroines is by turns sharply witty and deeply unsettling: a modern gothic novel that is utterly immersive and hugely compelling.
Vores andre websider: