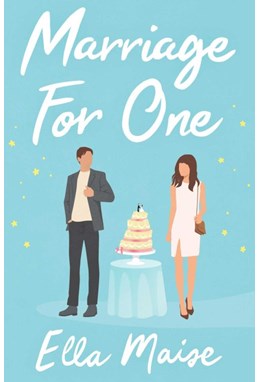 Marriage for One (PB) - B-format

DKK 135.00 inkl. moms
DKK 108.00 ekskl. moms
ISBN:
9781398521629
Sprog:
Engelsk
Indbinding:
Paperback
Sideantal:
512
Forlag:
Simon & Schuster
Udgivelsesdato:
27-10-2022
Udgivelsesår:
2022
Udgivelsesland:
Storbritannien
BESKRIVELSE:
The only way to secure her dream is to marry a handsome stranger ... When Rose and Jack meet, she has just lost her uncle, and with him her dream of owning a coffee shop. Rose wanted nothing more than to open a cafe in her uncle's building. But her uncle's will is clear - the building goes to Rose's husband. Not to her. Then, his lawyer, Jack, offers an unusual solution ... she can marry him. She'll get the cafe and he'll get the building. For some reason, Rose agrees. It might be a marriage of convenience but it's anything but simple. Despite it being his idea, Jack is unbearably surly ... But then he does something that shows Rose he might just have a softer side. Maybe love can start with a contract ... but will Rose still feel that way when she learns the full terms of their deal?
Vores andre websider: