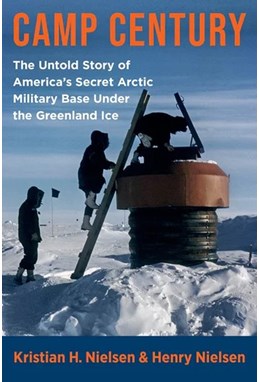 DKK 319.00 inkl. moms
DKK 255.20 ekskl. moms
ISBN:
9780231201773
Sprog:
Engelsk
Indbinding:
Paperback
Sideantal:
352
Forlag:
Columbia University Press
Udgivelsesdato:
03-08-2021
Udgivelsesår:
2021
Udgivelsesland:
USA
BESKRIVELSE:
At the height of the Cold War, the United States Army secretly began work on a base embedded deep in the Greenland ice cap: Camp Century. Officially defined as a scientific research station, this facility had an undisclosed purpose: to aim up to 600 nuclear warheads, buried in the ice, at the Soviet Union. In 1966, just six years after the camp was established, the United States gave up this provocative strategy and abandoned the base. Despite its brief life, Camp Century has been the cause of controversies from diplomatic relations between the United States and its Arctic allies, Denmark and Greenland, to the risks of radioactive waste abandoned at the site. This book is the first comprehensive account of the U.S. Army's "city under the ice." Beginning with the Truman administration's vision of military superiority in the Arctic and continuing through present-day concerns over the effects of climate change, Kristian H. Nielsen and Henry Nielsen unravel the extraordinary history of this clandestine installation. Drawing on sources including top-secret memos and never-before-seen photographic evidence, they follow the intertwining threads of high-level politics, ice-core research, media representations, daily life beneath the ice, and the specter of long-buried environmental problems that will one day resurface. Camp Century reveals a hidden chapter of Cold War history - and why, as the Greenland ice cap slowly melts, this story is not yet over.
Vores andre websider: