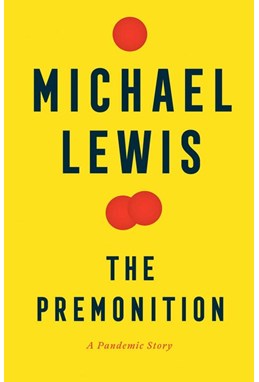 Premonition, The: A Pandemic Story (HB)

DKK 189.00 inkl. moms
DKK 151.20 ekskl. moms
ISBN:
9780393881554
Sprog:
Engelsk
Indbinding:
Indbundet
Sideantal:
320
Forlag:
W.W. Norton & Company
Udgivelsesdato:
04-05-2021
Udgivelsesår:
2021
Udgivelsesland:
USA
BESKRIVELSE:
The news out of China was not good: there were signs that a new disease might be big - scary big, like a brushfire coming at you uphill. Authorities, medical and political, saw no reason to worry and little need for tests. The president insisted there was nothing to worry about ... The characters you will meet in these pages are as fascinating as they are unexpected. A thirteen-year-old girl’s science project on transmission of an airborne pathogen develops into a very grown-up model of disease control. A local public-health officer uses her worm’s-eye view to see what the CDC misses, and reveals great truths about American society. A secret team of dissenting doctors, nicknamed the Wolverines, has everything necessary to fight the pandemic: brilliant backgrounds, world-class labs, prior experience with the pandemic scares of bird flu and swine flu … everything, that is, except official permission to implement their work. Michael Lewis's riveting nonfiction thriller pits a rogue band of visionaries, working under the radar, against the wall of ignorance that was the official response of the Trump administration to the outbreak of COVID-19. Michael Lewis is not shy about calling these people heroes for their refusal to follow directives that they know to be based on misinformation and bad science. Even the internet, as crucial as it is to their exchange of ideas, poses a risk to them. They never know for sure who else might be listening in. It is a race against time, and the deadline is now ... or yesterday.
Vores andre websider: