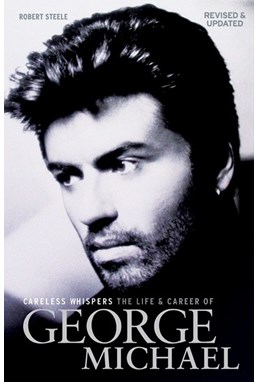 DKK 149.00 inkl. moms
DKK 119.20 ekskl. moms
ISBN:
9781913172626
Sprog:
Engelsk
Indbinding:
Paperback
Sideantal:
448
Forlag:
Omnibus Press
Udgivelsesdato:
04-11-2021
Udgivelsesår:
2021
Udgivelsesland:
Storbritannien
BESKRIVELSE:
George Michael is the single most played artist on UK radio for the last two decades. He has sold 100 million albums world-wide and had seven UK number one singles and albums. This paperback edition of the biography tells his story from the formation of Wham! in the early 1980s with friend Andrew Ridgley. Their success with hits including Young Guns (Go For It), and Club Tropicana and their split in 1986. His success as a solo artist with albums including Faith and Listen Without Prejudice. His legal battle with Sony which cost him millions of his own money. His personal life including his secret boyfriend Anselmo Feleppo who died in 1993, his former muse Kathy Jeung and art dealer Kenny Goss. Careless Whispers is the final word on a true original.
Vores andre websider: