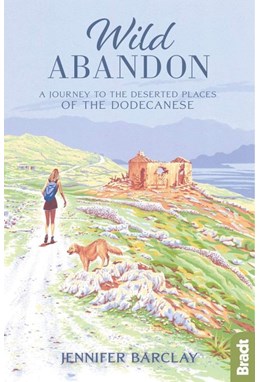 Wild Abandon: A Journey to the Deserted Places of the Dodecanese, Bradt Travel Guides (1st ed. May 20)

DKK 145.00 inkl. moms
DKK 116.00 ekskl. moms
ISBN:
9781784776961
Sprog:
Engelsk
Indbinding:
Hæftet
Sideantal:
272
Forlag:
Bradt Travel Guides
Udgivelsesdato:
01-09-2020
Udgivelsesår:
2020
Udgivelsesland:
Storbritannien
Serie:
Bradt Travel Guides
BESKRIVELSE:
'There's something about abandoned places which moves me and captures the imagination.' So says seasoned travel writer Jennifer Barclay as she walks with her dog and her backpack through the deserted spaces of the Dodecanese, islands that were once bustling but are now half forgotten and reclaimed by the wild due to a mix of misfortune and the lure of opportunity elsewhere. Join her on a journey through abandoned villages and farms, cave-houses and captains' mansions, the homes of displaced Muslim fishermen and poets, as she discovers beauty in the ruins, emptiness and silence, and inspiration in the stories of people's lives. A long-term resident of Greece, Jennifer Barclay spent more than four years researching Wild Abandon, visiting islands multiple times and talking to local people to hear their stories. She travels from the very west to the very east of the Dodecanese, from the very south almost to the very north, taking in some of the smallest and the biggest islands, and highlighting different stories along the way to show the complex history behind these havens of tranquillity. She discovers a villa intended for Benito Mussolini's retirement, an island that links a gramophone from St Petersburg and a portrait in the American National Gallery via a pack of cigarettes, and reflects on the days when an economy based on sponges and burnt rock supported thousands. Wild Abandon is an elegy in praise of abandoned places and a search for lost knowledge through the wildest and most deserted locations.
Vores andre websider: