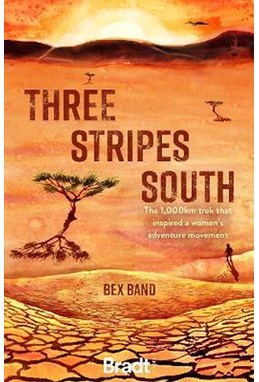 DKK 145.00 inkl. moms
DKK 116.00 ekskl. moms
ISBN:
9781784778385
Sprog:
Engelsk
Indbinding:
Hæftet
Sideantal:
216
Forlag:
Bradt Travel Guides
Udgivelsesdato:
06-08-2021
Udgivelsesår:
2021
Udgivelsesland:
Storbritannien
Serie:
Bradt Travel Guides
BESKRIVELSE:
In 2016, desperate for a drastic change, Bex Band decided to walk the length of Israel with her husband: a 1000km trek including a dangerous crossing through the vast Negev desert. She'd never done anything like it before and the experience changed her life, building back her confidence and self-esteem. Three Stripes South tells the story of this transformative adventure - battling heat, exhaustion, self-doubt and prejudice - and the new life Bex built for herself when she got home, founding the Love Her Wild women's adventure community. 'Lacking confidence is something that a lot of women can relate to' says Bex. 'For me personally, it began at school with undiagnosed dyslexia and bullying. This fed into my adult years where I found myself in a vicious cycle of unhappy jobs and bouts of depression. I had low self-esteem and a belief that I really wasn't capable of achieving much in life.' Fast forward to today and Bex has transformed her life, tackling gender inequality in adventure travel, and championing women in the outdoors through regular talks, blogging and leading women on adventures all over the world. Nominated for multiple awards for her work advocating women in adventure, her story is an inspiration.
Vores andre websider: