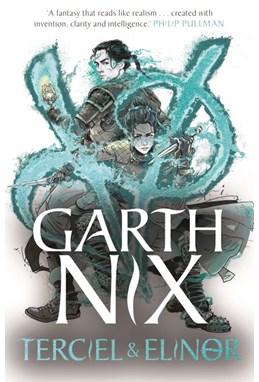 DKK 159.00 inkl. moms
DKK 127.20 ekskl. moms
ISBN:
9781471410895
Sprog:
Engelsk
Indbinding:
Paperback
Sideantal:
432
Forlag:
Hot Key Books
Udgivelsesdato:
02-11-2021
Udgivelsesår:
2021
Udgivelsesland:
Storbritannien
Serie:
The Old Kingdom
Serienr.:
1
BESKRIVELSE:
The long-awaited new novel from multi-bestselling Garth Nix, set in the much-loved Old Kingdom, a thrilling, atmospheric dive into the history of the Abhorsen, featuring Sabriel's parents, Terciel and Elinor. For fans of Sarah J. Maas and Leigh Bardugo. Eighteen-year-old orphan Terciel is learning necromancy - to lay the Dead to rest, rather to raise them. He is the Abhorsen-in-Waiting, the latest in a long line whose task it is to make sure the Dead do not return to Life. Across the Wall in Ancelstierre, where magic does not usually work, Elinor, nineteen, lives a secluded life. Her mother is a tyrant, feared by all despite her impending death ... Elinor does not know she is deeply connected to the Old Kingdom, until a plot by an ancient enemy of the Abhorsens brings Terciel to Ancelstierre. In a single day of fire, death and loss, Elinor finds herself on a path which will take her into the Old Kingdom, into Terciel's life, and embroil her in the struggle of the Abhorsens against the Dead who will not stay dead.
Vores andre websider: