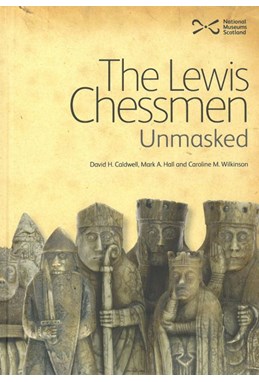 DKK 128.00 inkl. moms
DKK 102.40 ekskl. moms
ISBN:
9781905267460
Sprog:
Engelsk
Indbinding:
Indbundet
Sideantal:
80
Forlag:
National Museums Scotland
Udgivelsesdato:
19-05-2010
Udgivelsesår:
2010
Udgivelsesland:
Storbritannien
BESKRIVELSE:
80 pages, hardback. The humorous and intricately designed Lewis Chessmen were discovered in 1831, one of the most significant archaeological discoveries ever made in Scotland. To preserve the hoard as intactly as possible in a public collection, the majority of the pieces were acquired by the British Museum where they are on permanent display. National Museums Scotland holds 11 pieces, again on permanent display. The book looks at the mystery and intrigue surrounding the chessmen and their discovery, and shows how the characters reflected society at the time they were made.
Vores andre websider: